Only few days have been left for the most-awaited event in cryptocurrency world that is Bitcoin halving also known as halvening. Everyone is curious to know what should be done before and after bitcoin halving. Many of them don’t know what bitcoin halving is, and why does it occur. You will learn a lot of interesting things about bitcoin halving here, so keep reading till the end of this article.

What is Bitcoin Halving?

Before directly jumping into Bitcoin Halving, we will discuss about some rules which were set by anonymous inventor of Bitcoin Santoshi Nakamoto.

Opposite to traditional currency which do not have any upper limit, Santoshi Nakamoto decided to have an upper limit to Bitcoins. The main reason behind that is many people thinks the process of government supplying new cash in market whenever they think that it is required for maintaining health of economy is quite illegal. Santoshi Nakamoto also part of that group, so he decided to have maximum supply of Bitcoins.

Bitcoin Miners are those who mines bitcoins by using electricity and computational power of electronic devices. Miners verifies every transaction made via bitcoin and after verification it gets added to blocks. For all these efforts of miners they get rewards in terms of BTC which gets reduced after every Bitcoin Halving. This process of Halving maintains steady and continuous circulating supply of bitcoins.

Should I buy or sell Bitcoin before Halving?

So, after reading above mentioned 3 points you might have some clarification of rules of Bitcoin. There are multiple factors which we must consider before making any decisions to buy or sell Bitcoins. Looking at the history of Bitcoin halving price has been increased after significant amount of time like in few months. But if we speak about growth rate then in 2012, Bitcoin price grew around 90 times after bitcoin halving while in 2016 after 2nd Bitcoin Halving price of Bitcoin just grew 3 times. But before making any conclusion we also must think growth is easy when price is in 10s or 100s compare to in 1000s. So, At the time of 1st Bitcoin Halving in 2012, 1BTC was worth 10$ and after it became 1000$ at the time of 2nd Bitcoin Halving price of bitcoin was around 500 to 600$ before and after it grew up to 2400$ in next 4 to 6 months.

Bitcoin Halving makes a direct impact of miner’s source of income. Their profit becomes less, and mining becomes difficult. They should replace their mining equipment with efficient one also they should choose more efficient power source. If in case after 2020 bitcoin halving, if in case Bitcoin miners profit becomes much lesser than their expense then they might choose to sell their reward and stop mining anymore. This will result into low hash rate(speed of mining) which is not a good sign for bitcoin eco-system.

Bitcoin early this year already crosses $10k USD, but last year also after reaching $13k USD which is all time high of 2019, it was started dropping with huge percentage. As this very tricky question will this happen again in 2020 or Halving may changes history and that can create new record, as per most average prediction from top expert is still $12k USD mark and this expected to be most easiest target to achieve considering this year, because of some of you have noticed the number of searches of cryptocurrency topic is almost increased by 40% comparing 2019, so it clearing hinting towards coronavirus lockdown effect, but that’s not the actual reason at all, as since December 2019 the sudden spike in Bitcoin market cap value was there and what was reason behind success of early 2020.

so we clearly says Bitcoin is now become secure because number of security issue decreased, some of new project launched in during 2018 to 2019 has solved problem in many ways, in that main issues was in old blockchain network, as in new blockchain launched by different altcoins has more scalability, provides open source platform for developer and has lower transaction fees, and due to his use of digital currency for global transaction has increase and also because of ICO providing higher ROI investor choosing crypto over Stock market.

So, conclusion of the story is looking at the history, there is growth in Bitcoin’s price after every bitcoin halving but  at the same point there is drop in growth percentage. And 2nd side of coin is Bitcoin Halving process really does severe impact on Bitcoin Miners who plays key role in maintaining stability of Cryptocurrency eco-system. If they started giving up, then there is chance that drop-in bitcoin’s price. So finally do your own research and if possible, take advise from professional financial advisors before making final call.

I believe, this article was helpful to you in understanding basic things related to Bitcoin halving and rules and regulations in Bitcoin world. 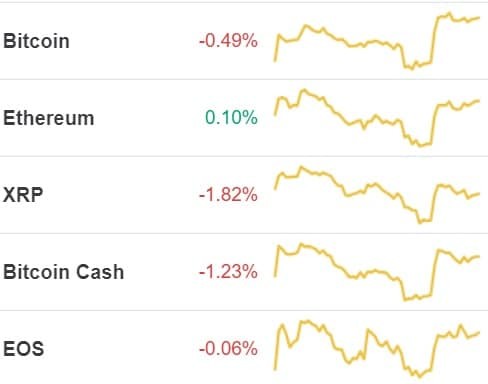